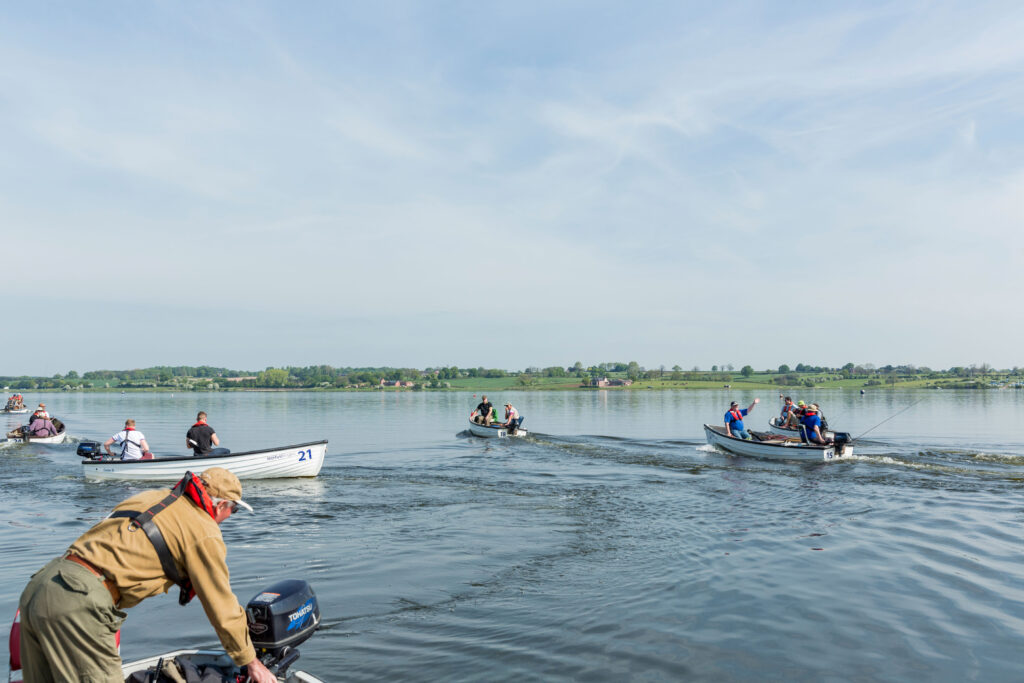 The latest news from the boats and banks

Blazing Summer sun but the trout keep on rising …

Summer arrived gradually this week starting with cloudy skies and light drizzle although temperatures steadily climbed. By the end of the week we experienced 26°C and blazing summer sunshine with the kind of cloudless blue skies often experienced on holidays abroad.

Whilst many doubted that the fish would respond during such conditions, we found the contrary to be true – trout were still to be found just sub-surface and happily taking anything bright orange or resembling pin-fry. Once again there were several decent returns, particularly from anglers employing top-of-the-water tactics during later afternoon/evening sessions when the sport is far more encouraging.

Creditable returns this week include on Monday 4th for Permit holders Mr. John Jones and Mr. Keith Buckley who recorded 10 fish to their boat on the South Lake during a 4 hour session ; Permit holder Mr. Mark Warren fished from the banks and returned a total of 7 fish to white lure and red buzzer patterns and visiting rod Mr. Tim Buckett fished for 4 hours during the afternoon, finishing with a total of 9 fish to his boat. Further good sport was enjoyed on the 9th with visiting rods Messrs. Booth & Nixon ending their day with 18 fish to the boat, all caught on dry fly patterns whilst Season Permit holder Mr. John Woodman recorded a boat total of 7 fish, again all caught on the top on dry flies. On the 6th visiting boat rods Mr. Bill Holmes and Mr. John Dickin returned a total of 16 fish between them from their day-long session on the South Lake with Shipman’s Buzzers and Shuttlecock CdC proving the most successful patterns. On the 7th Mr. Tony Bridgett fished from the banks with Daddy Long Legs patterns and returned a total of 9 fish during a few hours of enjoyable sport whilst visiting rods Messrs P & D Angell recorded a total of 13 fish to their boat on the South Lake using blobs and crunchers.  Rounding off the week during the searing heat of the 10th were visiting rods  Mr. Mike Bagnall and Mr. Chris Lovell who returned 10 fish to their boat using orange boobies and Mr. Paul Walker who caught and released 11 fish from the banks in just 2.5 hours of evening sport using an orange rabbit to great effect.

A very serious reminder this week to ALL boat anglers regarding the NO ANCHORING zone in place between the Valve Tower and the pontoons. Our Bailiffs have had to remove an anchor that had become snagged on the underwater power cable. We have made it absolutely clear about the no-anchoring area and it is there for a reason. Please do not compromise the safety of yourselves or others by breaching this very important rule.

We continue with our polite reminder this week to ALL anglers that the fishery does not open until 8am and we kindly request that you don’t arrive here before 7.45am.